The US currency system has gone through many changes over the years especially paper money. These changes in the paper money were made due to many reasons.

One of those reasons is to overcome the sophistication of thieves. 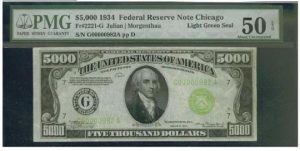 The other reasons include the lack of demands and the rising costs.

Due to these changes, there were many denominations of paper currency which also included the 5000 dollar bill.

The US treasury stopped printing these builds many years ago but the $5000 bill did not lose it’s worth even today. What is not merely a piece of paper but holds a lot of value and worth.

A $5,000 dollar bill sounds outrageous and yet somehow now all I can think about is how to get one in my possession.  Can you imagine walking around with a single bill that could buy a used car?

What if you lose it? Now that would be a bad day.

You may think that I’m joking about a five thousand dollar bill, but keep reading and you’ll find out that it’s very real and recognized as a U.S. currency by our treasury.

When I said rare, I meant it. It is thought that no more than 342 $5,000 dollar notes have escaped destruction. Most of these are now in the hands of museums and private collectors.

James Madison is on the $5,000 dollar bill. He is a Founding Father and the 4th President of the United States.

There are many different bill series of $5000 and President James Madison was featured on almost all of these series. You can find these bills even today. So whenever we think about the dollar 5000 bills, President James always comes into mind. 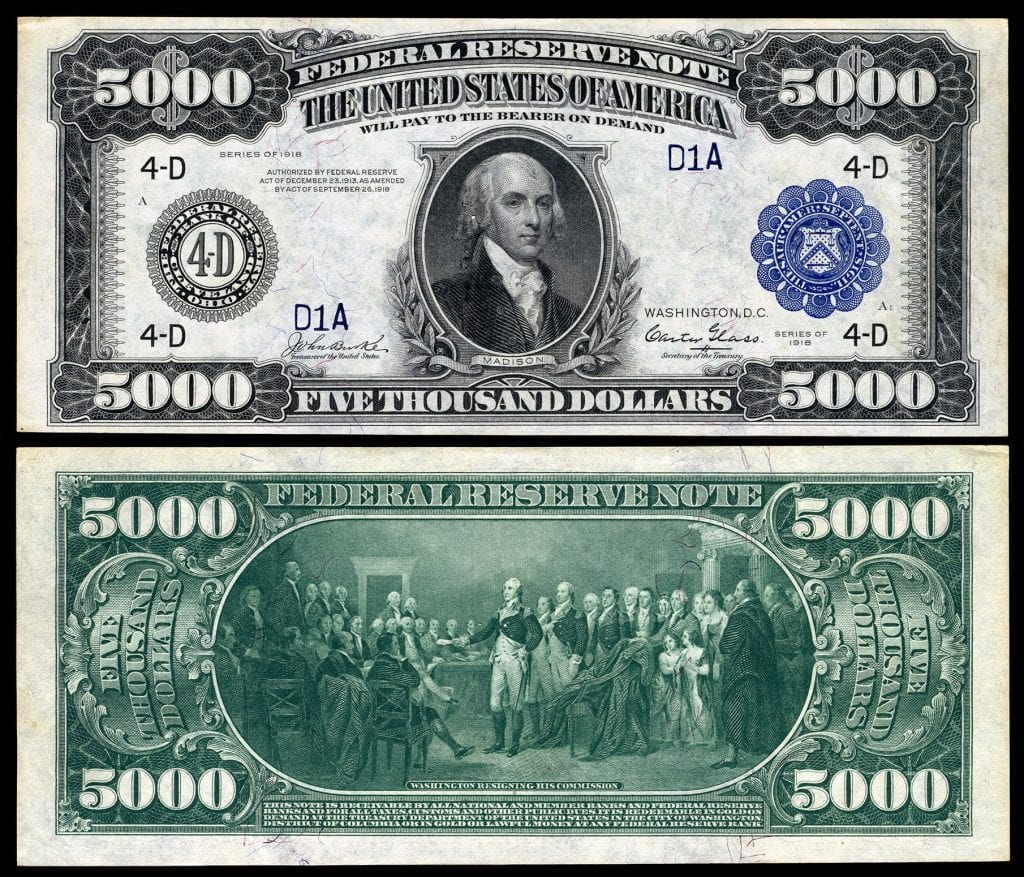 As you can see, the backside of the bill is pretty interesting too. It depicts George Washington resigning his commission as commander-in-chief.

The History of Dollar 5000 Bills

The dollar 5000 bills were firstly issued during the revolutionary war. it was issued to finance the revolutionary war, and the government officially printed it due to the start of the civil war. In 1969 the president of the United States Richard Nixon recalled these bills.

The president did that because the criminals were you using them on a large scale for money laundering activities. With this, they had to face a lot of problems.

We will discuss the worth of 5000 dollar bills. As they are very rare nowadays so they must be having quite a high value. It is estimated that only a few hundred of these bills are in existence today. 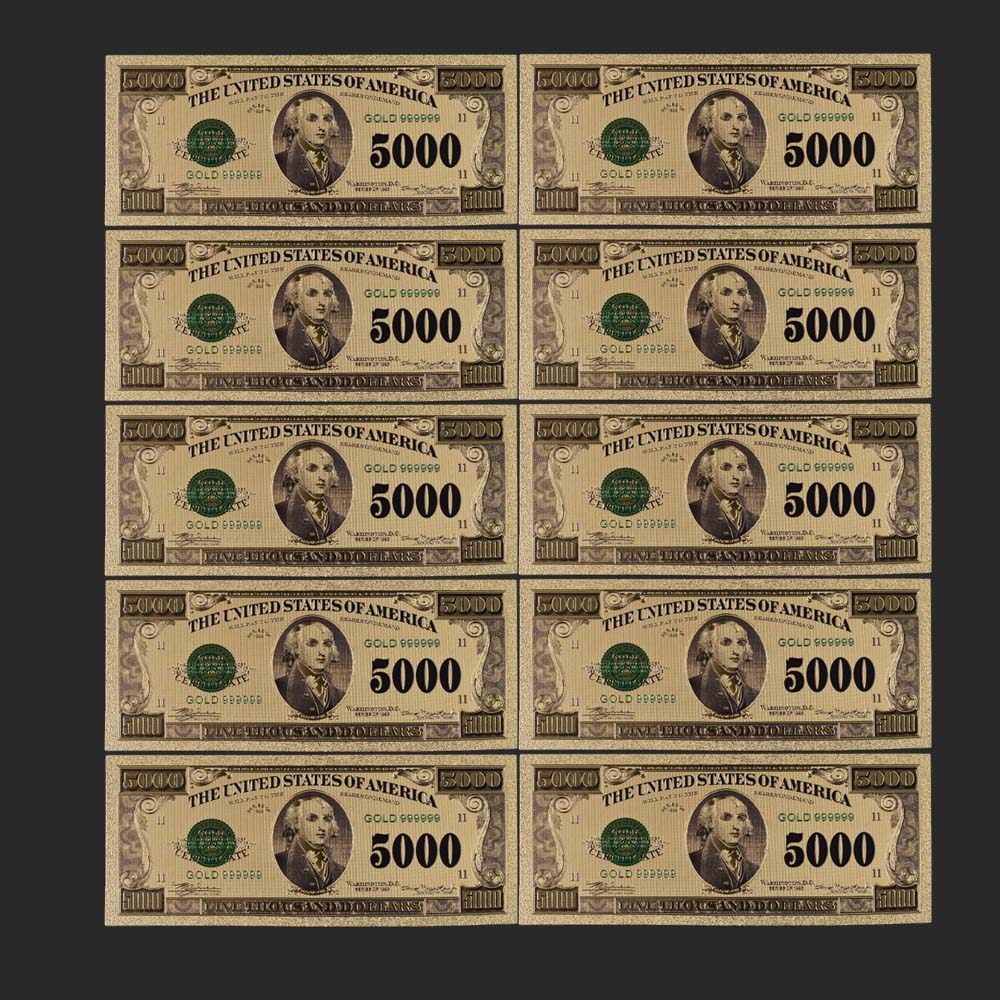 Their very very rare, rarer than the other large denomination bills such as the 1000 dollar bill and the 500 dollar bill.

You cannot merely go to some coin shop and buy one of these bills because of their rarity. We do not find many opportunities to find or to buy this 5000 dollar bill today.

Yes, there is one way to find these bills. This one way is they come up for auctions on different occasions. You can find these auctions 1 to 2 times a year.

As I mentioned earlier, there are only about 342 $5,000 dollar bills still around.

This means they’re worth much more than their printed value, which is typical for all these rare bills that are circulating.

Even a $5,000 dollar bill in poor condition can fetch upwards of $30,000. A bill in pristine condition is worth way more than its face value, it could fetch 2 or 3 times that amount.

So if you truly do have your hands on one, keep it!

You won’t find a $5,000 dollar bill at your local pawn shop or google search. These bills are almost only available at auctions or through private dealers.

Your best bet is to find a professional currency dealer/collector who will be able to put you in touch with someone willing to sell their $5,000 dollar bill.

Why We Got Rid of High Denomination Bills in Common Circulation

They weren’t being used often like all the other large bills, so they stopped making them.

The initial goal was to make high-scale transactions easier without having to individually count out smaller bills.

Counterfeiting was a rarity back then, so it was technically a safe way to handle business, but it wasn’t worth it to actually print them out. Nowadays it would be strikingly simple to counterfeit a $5,000 bill.

Here we will describe different categories of these notes. They are divided into three grading systems.

This is the note that for a long time was in circulation and is relatively crisp. This note may have light smudges and folds.

This is a note which has been circulated lesser. This note will show the original crispness and will be as bright as day. There are absolutely no stains or tears or discolouration in it but may have minor folds.

This is the note which is not been circulated even once. This does not have the original crispness. It doesn’t have any folds, stains, tears, or discolouration in it.

It’s completely true that a $5,000 bill was made at one point in time, and that they’re still considered legal tender.

They’re actually worth upwards of $30,000 depending on the condition since they’ve been out of print for so long.

We put James Madison on the bill, and while it was intended to help banks out, it only made things more difficult.

For less than 5 minutes of your time, earn yourself a random stock whose value is anywhere between $5.00 and $200. It is possible through an investing app called Robinhood.