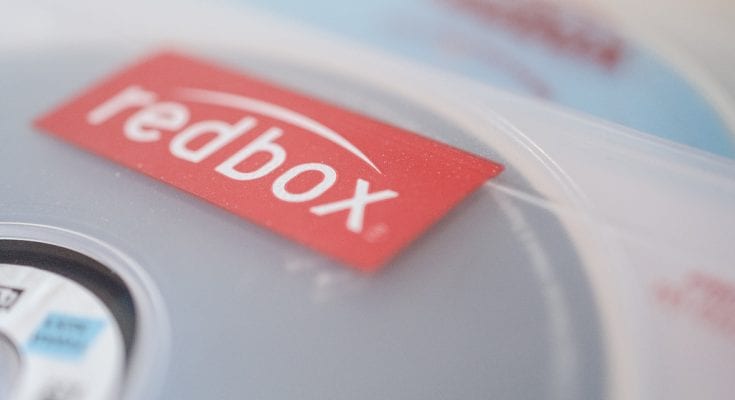 I lost a Redbox movie rental once. A Redbox kiosk is a way to get a dvd rental without having a physical store. Well, not really. I had just forgotten to return it the next day and then it slipped my mind until it was too late. Either way, it ended up costing me a lot more than I wanted to pay for a movie that wasn’t all that great.

We all love watching movies but returning them the next day to a Redbox near you is just a plain hassle.

If you want to avoid that pain, you should definitely check outNetflix or Hulu if you haven’t already. They’re both streaming services that offer a large collection of movies and tv shows without late fees and the possibility of misplacing dvds.

Want to avoid paying fees for late rental returns? Get a 2-week free trial of Hulu and stream your movies on demand!

This article is going to walk you through Redbox’s rental policy and what to expect if you lose or can’t return a Redbox rental (DVD/Blu-ray/Game).

RedBox Near Me? – How to Find a Redbox 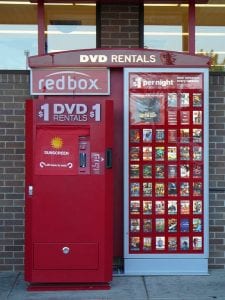 Do you still have your Redbox rental but not sure where the closest kiosk to return it is? No problem, just go to Redbox’s location finder and put in your current zip code and it’ll show you where the nearest kiosk is.

They even give you directions to it, but I’d recommend plugging the address into Google Maps or a different GPS app because their directions aren’t the most user-friendly.

Remember, you can return your Red box rental at any kiosk. You don’t have to return the rental to the same kiosk where you got it from.

RedBox’s Return Time – How long is the Rental Period?

According to Red box, your rental maximum rental period lasts from the day you bought it until the next day at 9:00 pm.

So if you rented a movie on Sunday at 11:30 pm, you would have to return it by Monday at 9:00 pm to avoid paying for another rental period plus any applicable tax.

If you happen to wait an extra 31 minutes and rent the movie on Monday at 12:01 am, then the movie rental period would last until Tuesday at 9:00 pm.

You should be aware that if you live on or close to two different time zones, your rental is due at 9:00 pm in the time zone where you rented it.

Another good thing to remember is that if you reserve a rental online or through their mobile app, the rental period starts immediately. So even if you don’t pick up the rental at all, you’ll still be charged for a full rental period. Luckily, they cap it out at one rental period. If however, you pick it up, the same rules apply as above.

Redbox’s Late Fee – How much is it?

It’s 9:01 pm and you just realized that you haven’t returned that Red box movie you rented the night before. What do you do?

Well, unfortunately, there isn’t much you can do besides return it and pay for the extra rental period plus tax. For a DVD or Blu-ray, this amounts to an extra $1.50 to $3.00 depending on taxes.

Since you already paid for the whole rental period, you can always keep it for another night and rewatch it! Just make sure to return it before 9:00 pm the next day.

Redbox Lost Movie Fee – What happens if you can’t return or lost a Redbox movie?

If your dog ate your movie or if you simply forgot to return the movie until months later, RedBox’s return policy is pretty straightforward.

When you’re checking out your movie or game from the kiosk, it will tell you what the max rental period is. For most movies, it’s 17 days. For most games, it’s 23 days. Which basically means, you’ll be paying the daily rental fee plus tax every day until 17 or 23 days are up. After that, you own the rental.

These prices may vary depending on the daily rental period charge in your area.

You’ll typically be paying more than if you had gone and outright bought the movie or game in stores. Plus you don’t get the nice disk or case with it if you own a Redbox rental.

So be careful, return those rentals right after you watch them, and don’t do like I do and forget that you rented a movie in the first place.

Here’s another commonly asked question about Redbox movie rentals: what do I do if a Red box movie won’t play?

What to do if Redbox Movie won’t Play:

This is the worst. You went out to rent that exciting new movie, popped it into the DVD player and nothing happens. It won’t play or it’s completely fuzzy.

Don’t panic. Here are some possible solutions to your problem:

If you’ve tried the two above tips and the movie still won’t play than Redbox suggests you contact them directly to report the unplayable disk. Hopefully, it won’t come to that.

How much does Redbox charge for lost movies?

If it is lost you receive the maximum charge:

All 3 of the above does not include tax.

Can I buy the Redbox movie I rented?

You can buy the Redbox movie you rented if it is eligible, but not all titles are eligible to be purchased.

Can Redbox charge a Cancelled card?

Redbox can’t charge a cancelled card – nobody can.

I’d love to hear if you still use Redbox and what your experiences with them are in the comments! Or do you prefer the traditional video stores, such as Blockbuster.

2 Comments on “Lost a Redbox Movie? All you need to know about Redbox’s Rental Policy”