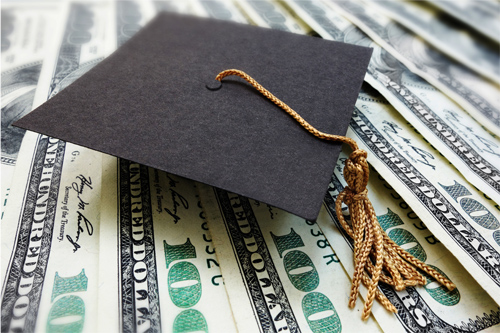 Higher education enables interested individuals to earn higher incomes. However, it is an excellent example of consuming less in the short run in exchange for consuming more in the long run.

What Are Some Things to Keep in Mind When Paying Off Your Student Loans? Let’s go through some of the best ways to pay off student loans.

One option is to refinance student loans. For those who are unfamiliar, refinancing means replacing one debt obligation with another debt obligation.

However, since the new debt obligation can come with different interest rates as well as other different lending conditions, refinancing can prove to be very advantageous for interested individuals.

On top of this, it should be mentioned that refinancing can be used to consolidate multiple debt obligations into a single debt obligation. Something that can appeal to people who are struggling to manage a number of student loans at the same time.

Regardless, it is important to note that refinancing has some serious limitations. In particular, even if someone gets a new debt obligation, that doesn’t mean that they can get a new debt obligation with lower interest rates as well as other improvements in the lending conditions.

Instead, refinancing tends to be most beneficial for people with high credit scores because that show of creditworthiness is what will convince lenders to offer them the kind of lending conditions that can help.

Furthermore, it should be mentioned that debt obligations can come with a wide range of fees and other lending conditions attached to them.

As a result, interested individuals can’t limit themselves to a simple and straightforward comparison of interest rates but should instead examine the impact of every single cost that they can expect to incur.

Otherwise, it can be rather unpleasant if they wind up with a new debt obligation that doesn’t save them enough money compared to what it cost them to get rid of their old debt obligation.

It is very popular for interested individuals to improve their credit score by making their payments on time, paying down their outstanding balances, and otherwise showing their creditworthiness before seeking to refinance under the best circumstances possible.

Be warned that building up a credit score isn’t something that can be completed in a matter of days but will instead call for a sustained effort over months and months under most circumstances.

Setting up automatic payments can be surprisingly useful when it comes to paying down student loans as soon as possible. To an extent, this is because automatic payments eliminate the potential for someone to just forget their due date, which can be very beneficial for both the borrower and the lender.

After all, the borrower can enjoy much simpler debt management while eliminating the potential for them to incur expensive late fees plus a serious hit to their credit score thanks to a lapse in their memory.

Meanwhile, the lender can benefit because there is a lot of effort needed for them to follow up on late payments. As such, there are some lenders that can even be convinced to offer some minor benefits in exchange for a borrower setting up automatic payments.

These minor benefits might not seem particularly impressive on initial consideration, but when it comes to something as sizable as most student loans, even shaving off a fraction of a percent can mean saving hundreds or even thousands of dollars in the long run.

It might not be very glamorous, but a bit of penny-pinching is definitely something that can help interested individuals to pay off their student loans as soon as possible.

Speaking of which, it can be very useful for interested individuals to draw up a budget. Basically, this can help them understand what they are spending their money on within the specified period, which in turn, can make it much easier for them to figure out if there is anything that they can cut from their expenditures. The less that people spend, the more that they can spare for paying off their student loans.

Besides this, it should be mentioned that having a budget can make it much easier for someone to maintain a strong sense of spending discipline.

After all, if someone doesn’t know how much they have already spent on a non-essential, it is very easy for them to skip over the process of wondering whether they should make that expenditure or not.

In contrast, if someone knows that they are closing in on their designated limit for that particular kind of non-essential for the month, they will find it much easier for them to muster up the sense of responsibility needed to curb excess spending.

Initially, exercising spending discipline can be difficult, but as interested individuals become used to it, they will find it becoming more and more normal until it is just a matter of habit for them.

Generally speaking, it is much easier for people to cut their expenses rather than raise their revenues. After all, most of us can’t expect to get paid for doing nothing, meaning that raising revenues tends to require even more time from already packed schedules.

Still, there are cases in which interested individuals can increase their revenues without having to do something as drastic as taking on another job. For example, one person might have either a spare room or a spare parking space that they can rent out to other people.

5. Pay More Than the Minimum Payment

If people want to pay off their student loans as soon as possible, they need to pay more than the minimum payment, which is based on pretty simple and straightforward logic.

By paying more than the minimum payment, interested individuals can eliminate a bigger portion of the principal than otherwise possible because they have already covered the interest charged on the principal.

This is very important because the more that interested individuals pay down the principal, the less interest that they will be charged in each subsequent period. One, this reduces the overall cost of the loan.

Two, this means that interested individuals can pay down their principals faster and faster, particularly if they continue making more than just the minimum payment.

Please note that in some cases, the lender won’t use the excess to pay down the principal but instead use it to cover the minimum payment in subsequent periods, which isn’t very beneficial for people seeking to pay off their student loans as soon as possible.

As such, it is a good idea for interested individuals to make it clear exactly what it is that they want to happen when they pay more than just the minimum payment.

Primarily, this is useful because it is a psychological trick. Paying a smaller sum is less stressful than paying a bigger sum, so even if someone is actually paying the same amount separated into two payments, it feels like they aren’t paying as much.

However, there can be other benefits as well. For example, there are some cases in which paying earlier can reduce the amount of interest charged, thus making for speedier repayment.

Likewise, most months are a bit longer than four weeks, meaning that interested individuals are effectively paying off just a bit more of their outstanding sums than if they are sticking with the one payment a month schedule.

People can pick up “extra” money from time to time. For example, they might get a raise at their job, thus increasing their monthly earnings beyond what they need for their monthly budget.

Likewise, they might get a tax return, which can make for a decent sum. Certainly, interested individuals can spend that money on something nice for themselves.

However, if they are prioritizing their financial well-being, they should definitely think about putting that extra money to use on their outstanding balances.

Maintaining motivation can be very important when it comes to paying off student loans as soon as possible.

This is because success in this regard calls for a fair amount of sacrifice, meaning that interested individuals may or may not be capable of seeing everything through to the very end without making preparations to keep themselves well-motivated.

Unfortunately, it can be difficult for interested individuals to just stumble upon a sure-fire way to maintain motivation because different people are moved by different things.

For example, one person might find it as simple as telling someone else about their intent to pay off their student loans as soon as possible.

Basically, the idea is that it is very easy for us to overlook promises that we have made to ourselves, but it tends to be much more difficult when we have made those promises to other people.

In fact, it might be possible for two people seeking to pay off their student loans to keep each other motivated on the matter. Meanwhile, another person might want to provide themselves with a reward whenever they manage to follow through with their resolution for a certain period of time.

On top of this, if someone is juggling more than one student loan, they might want to focus their efforts on the one with the lowest balance so that successfully paying them off will motivate them to pay off the rest.

Something that can be very important because this would be a very visible and thus very emotionally impactful kind of success.

Ultimately, paying off student loans is important for anyone who wants to move on to the next stage of their life.

After all, student loans can have a very real impact on a person’s credit score, not least because those outstanding balances will be weighed against how much debt they can actually support.

As a result, whether people want to buy a house or something else altogether, they should focus on paying down their student loans so that they can enjoy the financial freedom that they deserve. In this as in other things, the more effort that people put into it, the sooner that they can be done with the whole business.

Due to this, even if it calls for some sacrifice in the present, the results will be more than worthwhile in the grand scheme of things.

Fortunately, student loans are a common issue, which in turn, means that there is plenty of information about said topic that can be found out there.

This means that even if this information isn’t enough for interested individuals, they should have no problems finding more sources of assistance so long as they are willing to look for it.

How to get rich with a day job